Keep you updated with our activities

Children is a main component in development process in all communities

Youth considered as one of the important resources that all

Our strategic plan give a space to adopt new initiatives or to respond to specific areas and with regard to relief and emergency sector it is flexible as a result of the different intervention mechanisms and it is based on emergency needs and humanitarian assistance.

Fares Al-Arab Announces a Tender for "Winter Clothes for Children" 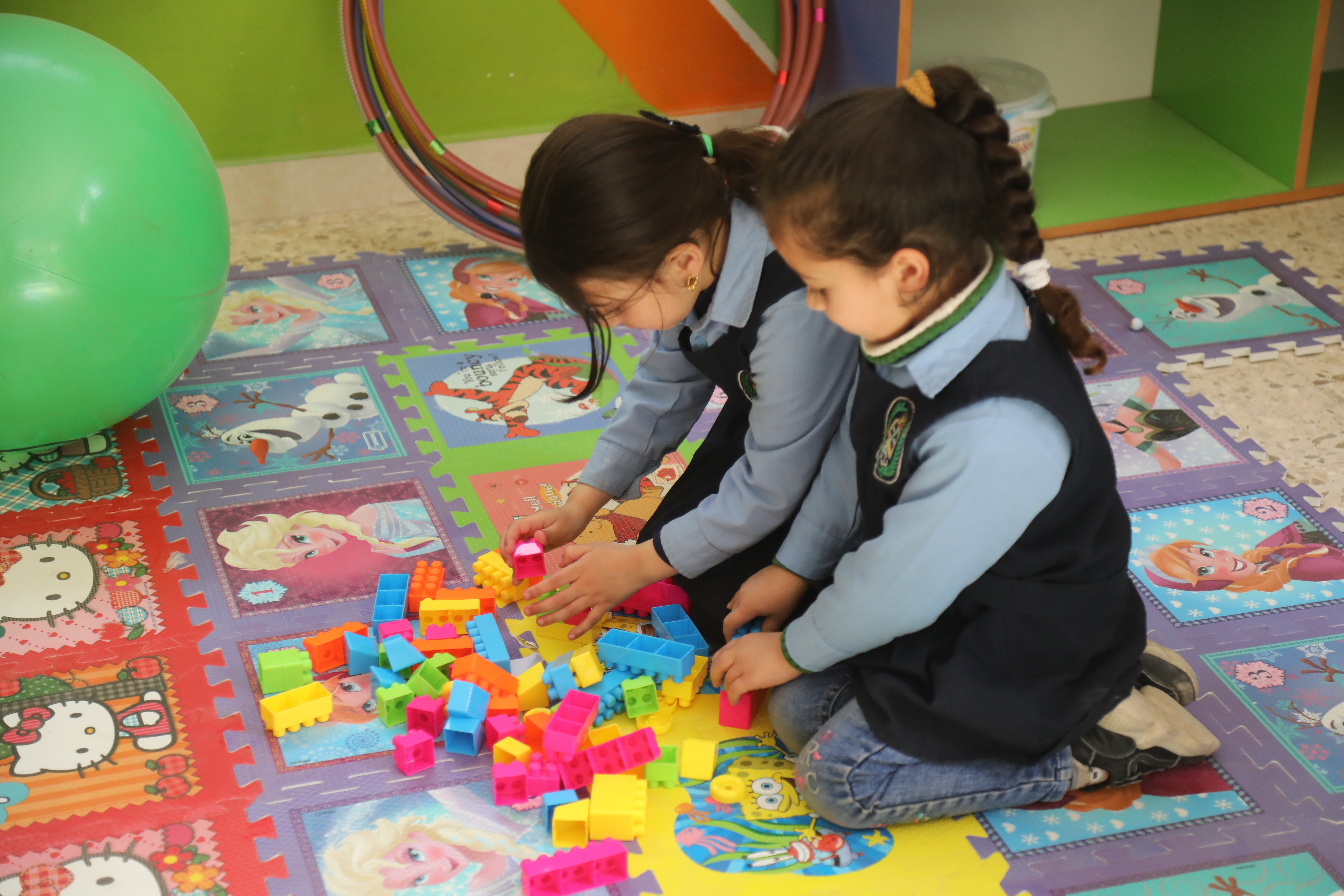 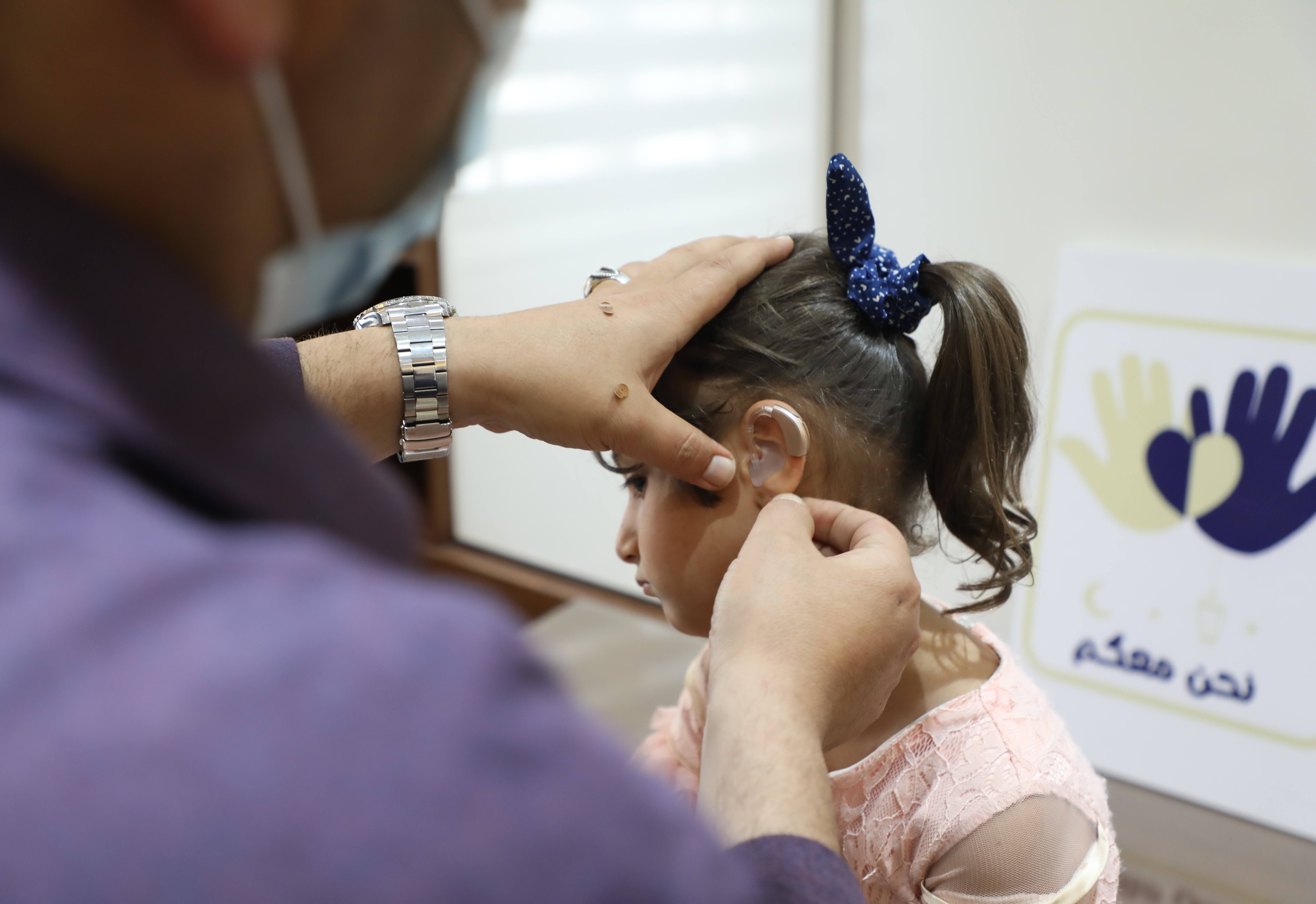 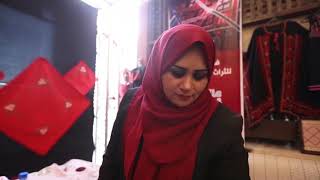 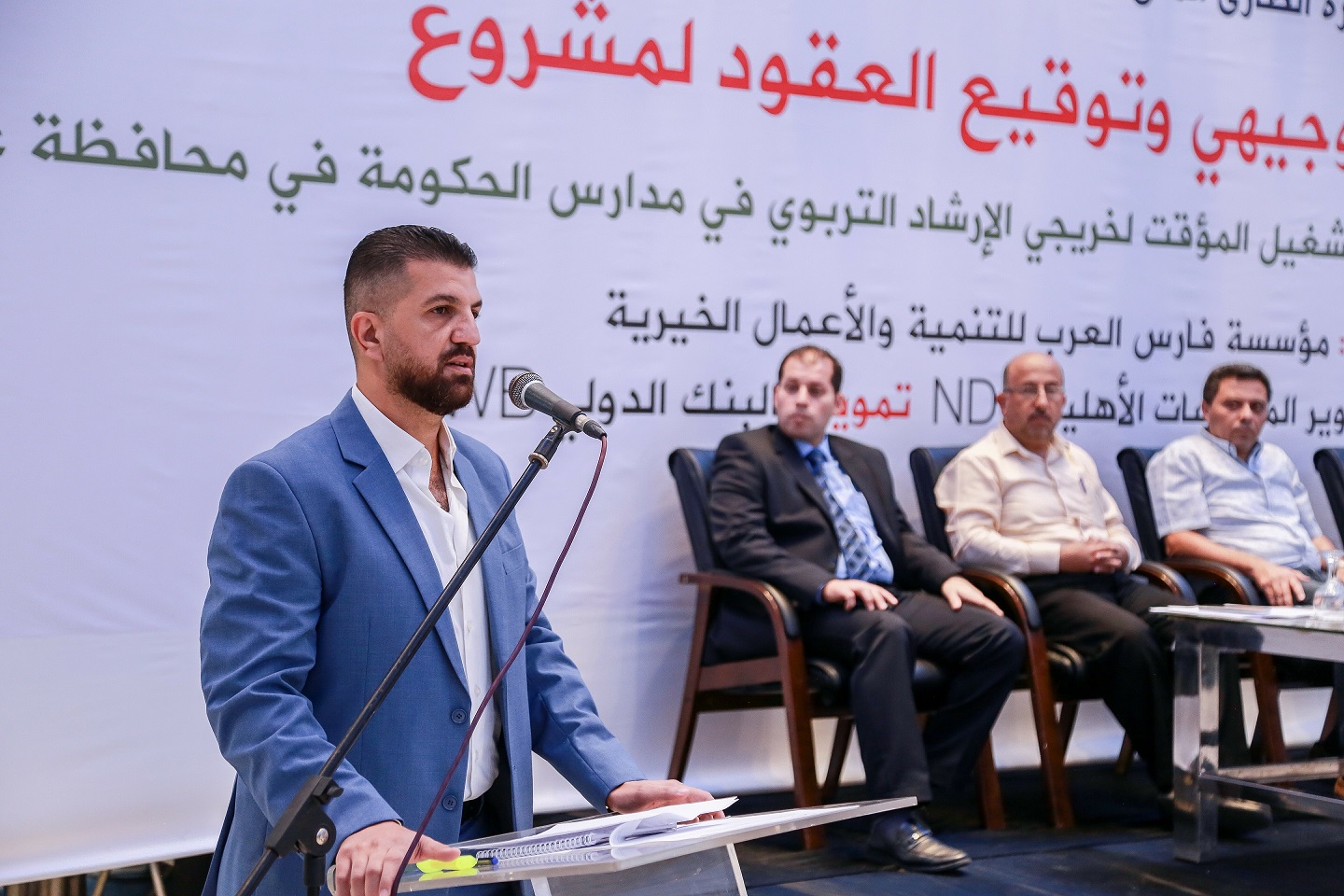 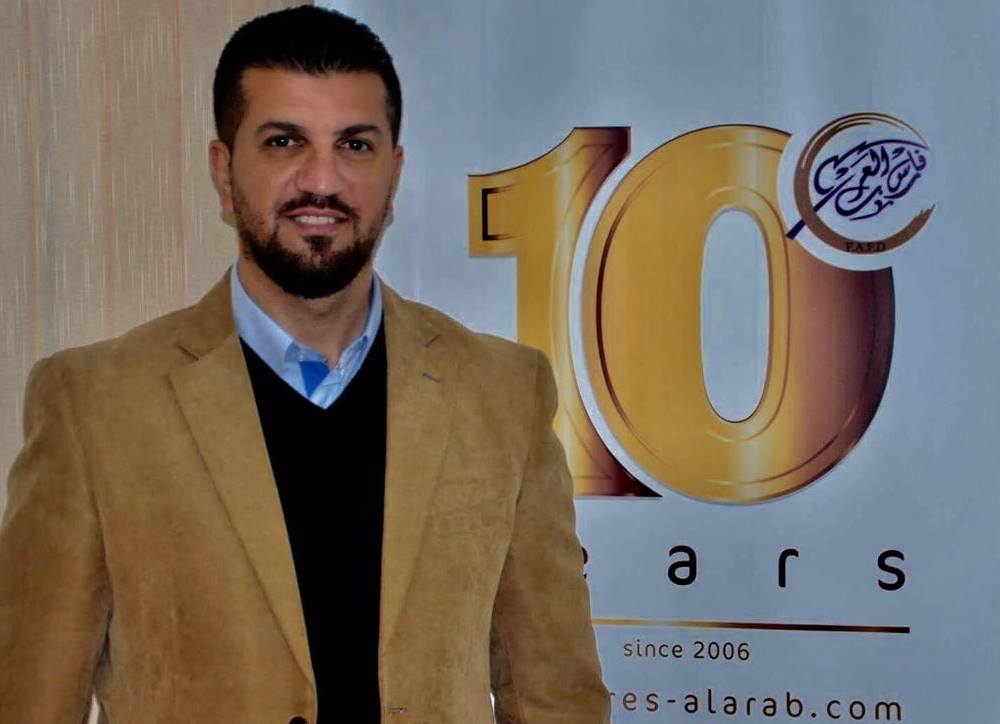 And say: "Work (righteousness): Soon will Allah observe your work, and His Messenger, and the Believers". We are now working to make our dream come true, to be our present and future. Here is the idea becomes the outcomes of our hard works and the efforts of all the loyal volunteers who refused, however, to share our dream and principals, which has been transformed on the ground to become a reality and deed, it is to reach with our hands to a higher and more humanity world which where we are living. We have been able with God's help and his reconcile to carried out many relief and aid projects that meets the needs of Palestinian people from different segments of society, as part of the strategic plan prepared specially for the advancement of the Palestinian reality and to push the development wheel in front, to mark our huge brighten glory to be the beacon that lights the way for the younger generation, and that by faith, work and the creativity year after year, carrying the torch of hope and the resilience doers towards their dream of building the state of Palestine & society, and consolidate the concepts and national values. All thanks and appreciation to those who contributed to the success of idea, project, or any work that light our path with thought or generosity, we have all out gratitude peace, mercy and blessings of God.

The Head of the Organization

Foundation plays a pivotal role in the development of Palestinian society through the activities and projects aimed at all groups in order to raise their self-confidence and enable them to become change factor in their communities.

Fares Al Arab appreciates the efforts of the partners 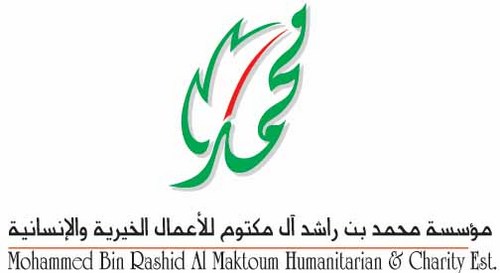 A leading non-governmental Palestinian development organization, Taawon strives to make a distinguished contribution toward furthering the progress of Palestinians, preserving their heritage and identity, supporting their living culture and building civil society.

Today, Taawon is one of the largest institutions operating in Palestine and camps in Lebanon, and their work touches the lives of more than million Palestinians annually.

Terre des hommes (Tdh) is the leading Swiss child relief agency. The Foundation has been helping children in need for over 50 years, defending their rights regardless of their race, creed or political affiliation. In over 30 countries, Tdh protects children against exploitation and violence, improves children’s and their mother’s health and provides emergency psychological and material support in humanitarian crises 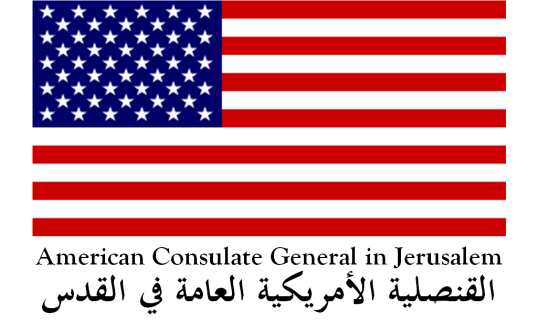 The U.S. Consulate General in Jerusalem – the Office of public affairs (small grants

It is a small program that offers grants in the West Bank and Gaza Strip with the aim of assisting civil society organizations in the implementation of programs under several priorities identified by the program and that contribute to increase the capacity of Palestinian organizations in the work of mutual interest between the Palestinians and the U. S. Consulate. 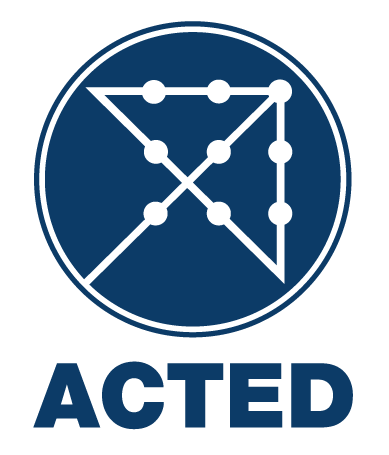 The second French organization was established in 1993 to provide immediate humanitarian relief to support those in urgent need and protect people's dignity, while co-creating longer term opportunities for sustainable growth and fulfilling people's potential. 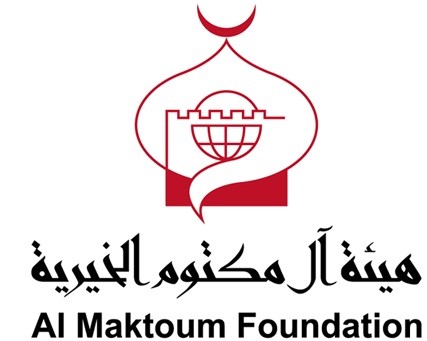 Charity, career and began her journey in the fields of humanitarian action in 1997 to provide assistance and support within and outside the UAE through the implementation of many charitable and humanitarian projects and interventions around the world. 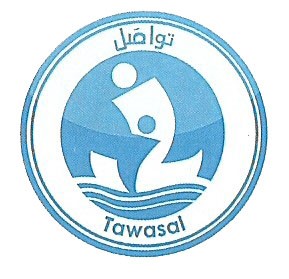 The initiative of the Hashemite Kingdom began working in several areas, including Lebanon, Palestine and Jordan has several specific programs to promote the development and a culture of rights, education, capacity building and charity.

UAE Red Crescent is a volunteer humanitarian organization that supports official authorities in times of peace  and war. It begun on the 31st of January, 1983and was internationally recognized by the International Federation of Red Cross and Red Crescent societies in 1986.

The UAE Red Crescent plays an important role in charitableand humanitarian work in order to meet the needs of the weak and afflicted. Its work is to raise awareness and health education-disaster relief-projects for the benefit of the needy such as widows, orphans, the elderly and people with special needs-seeking to build a healthy and safe society. 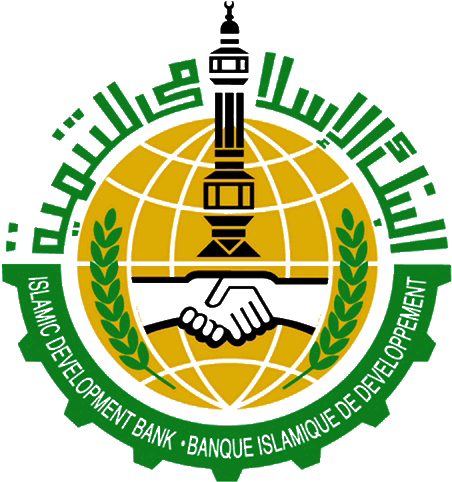 The Islamic Development Bank is an international financial institution established in  pursuance of the Declaration of Intent issued by the Conference of Finance Ministers of Muslim Countries, held at Dhul Q'adah 1393H. corresponding to December 1973 in Jeddah. Inform the "Islamic Development Bank" to be by 2020, global development banks, Islamic principles and have contributed significantly to the change in overall human development in the Islamic world and this has helped the world to regain their dignity

Intermas Company for Engineering and Contracting

Is a contracting company in the U.A.E. State, as part of its contribution to the community outside the UAE since the inception of the Foundation sponsors University scholarships to top students in high school.

Be with us step by step